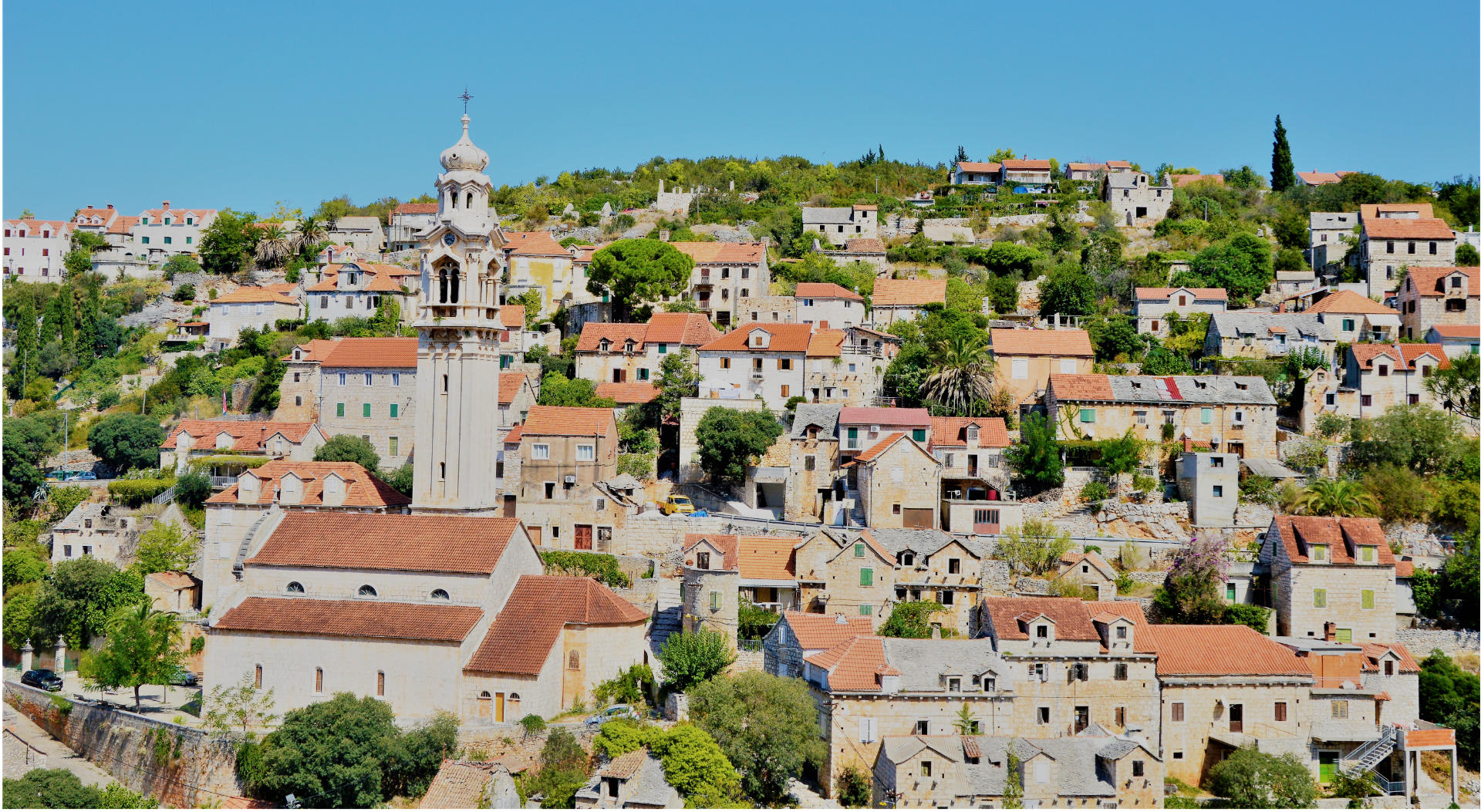 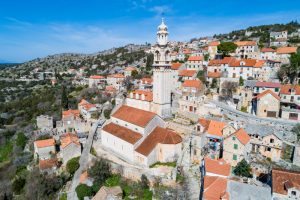 This modest and architecturally harmonious village characterised by steep cobbled streets has managed to splendidly preserve its rural features. It is dominated by the spindly and ornamented belfry built in 1889 as per the drawings of the sculptor Ivan Rendić.

Ložišća is one of the youngest settlements on the island of Brač, dating back to the 18th century. It is also known as Velo selo as it was settled by the people of Bobovišće, known as Malo selo. After the parish church was erected, a slim belfry was built by the sculptor Ivan Rendić (1886-1889), and this masterpiece is the dominant feature of the settlement. The church was built in 1820, while the belfry was completed in 1899. Although the remnants of the chapel of Our Lady of Stomorica from the 12th century were found, this locality is believed to have previously been uninhabited. Since the very beginnings of the village to present day, the inhabitants of Ložišća have engaged in the cultivation of vines and olives.

Ložišća is located on a very steep clearing just 150 m above sea level. The stone houses are erected one above the other along the sloping, steep streets which rise from the deep ravine up to the top of the village. The stone, south-oriented facades face the sun and they feature rows of small windows above the spacious cellar doors. The entrance to the house was usually located on the north side of the house and was dug into the hill, which allowed for direct access to the rooms without many stairs and high balconies. Everything here is made from stone, by placing stone on stone, be it for the tall, spacious two-storey buildings in the clearing or small stone ground-floor houses at the top of the clearing.

Ložišća is a prime example of traditional architecture and it has retained its authentic island village appearance. 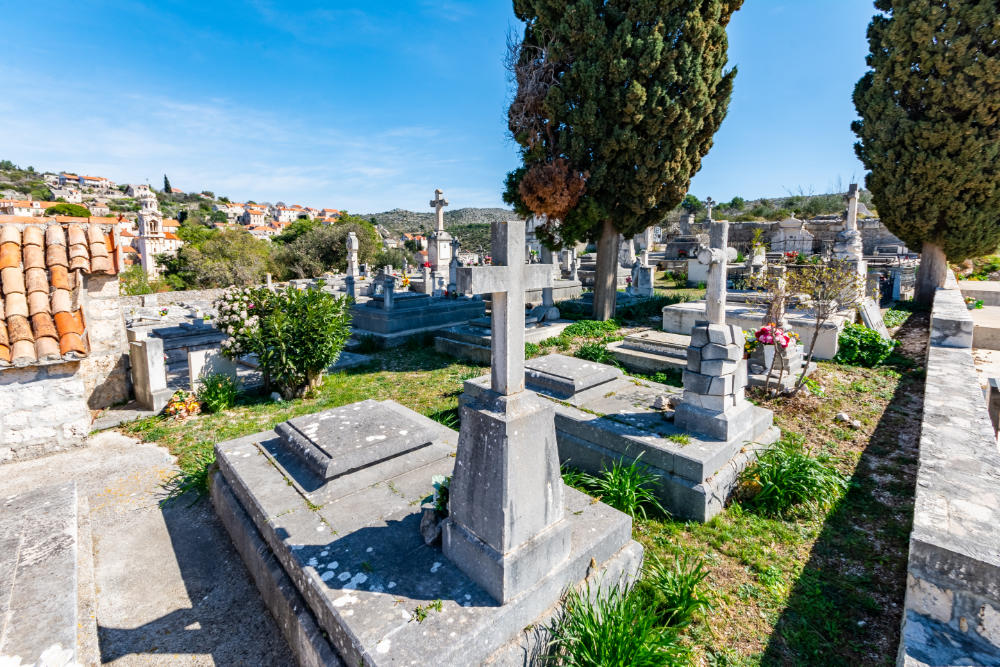 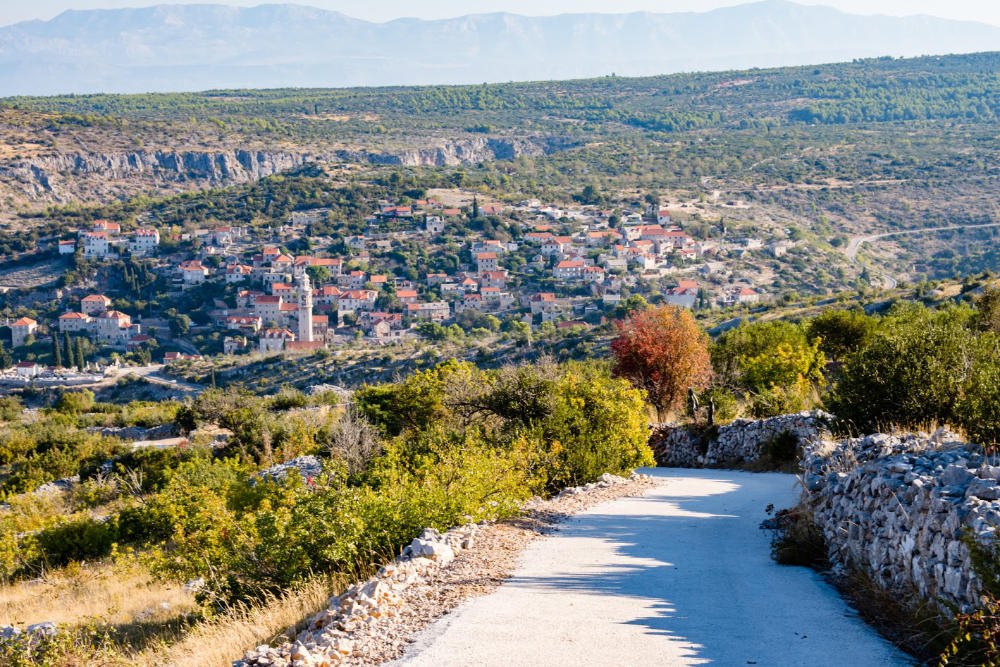 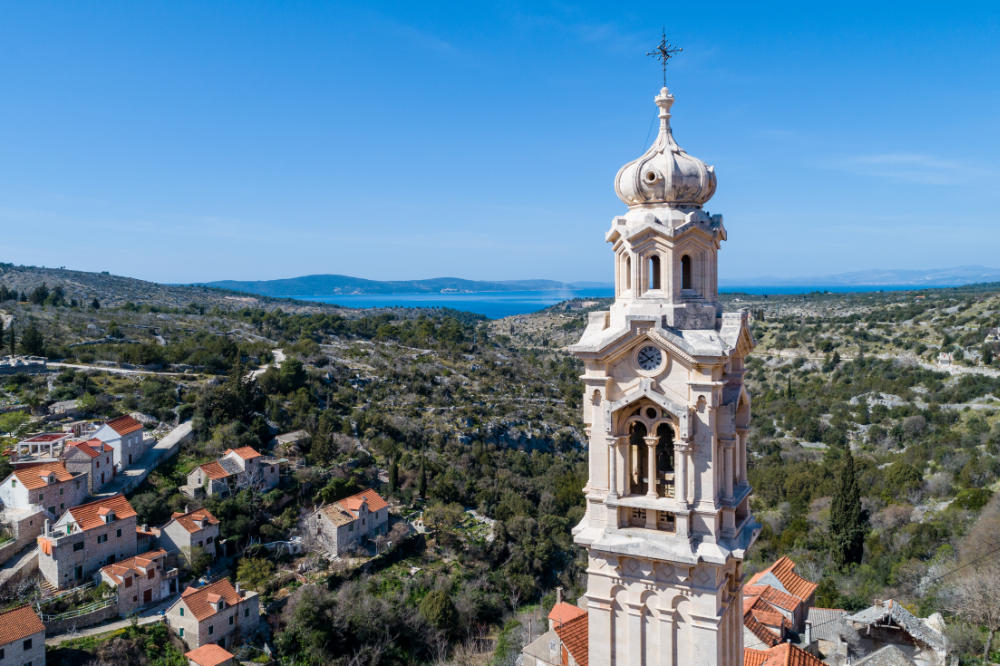 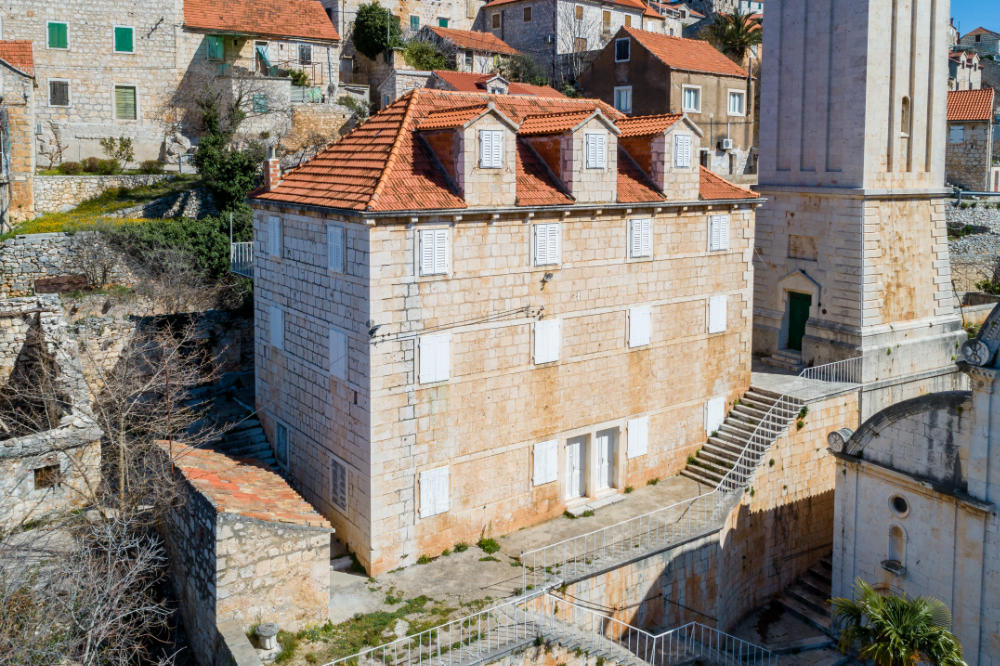 Ložišća is a monument to the harshness of the Brač karst landscapes. It testifies to the strange choices of its inhabitants to build their houses on natural stone, škrip stone and steep rocks and use somewhat arable land on the clearing for their gardens, olive groves and vineyards. For centuries, the people of Ložišća plucked and piled stone and built terrace-shaped areas to reclaim arable land from the karst.
The landowners had the largest and the most fertile land which they leased to the farmers who cultivated their orchards under severe conditions, giving the landowners two-fifths of their harvest. This land tax, harač, was called “na zlu pet“ and it leaves a sour taste in the mouth even today.