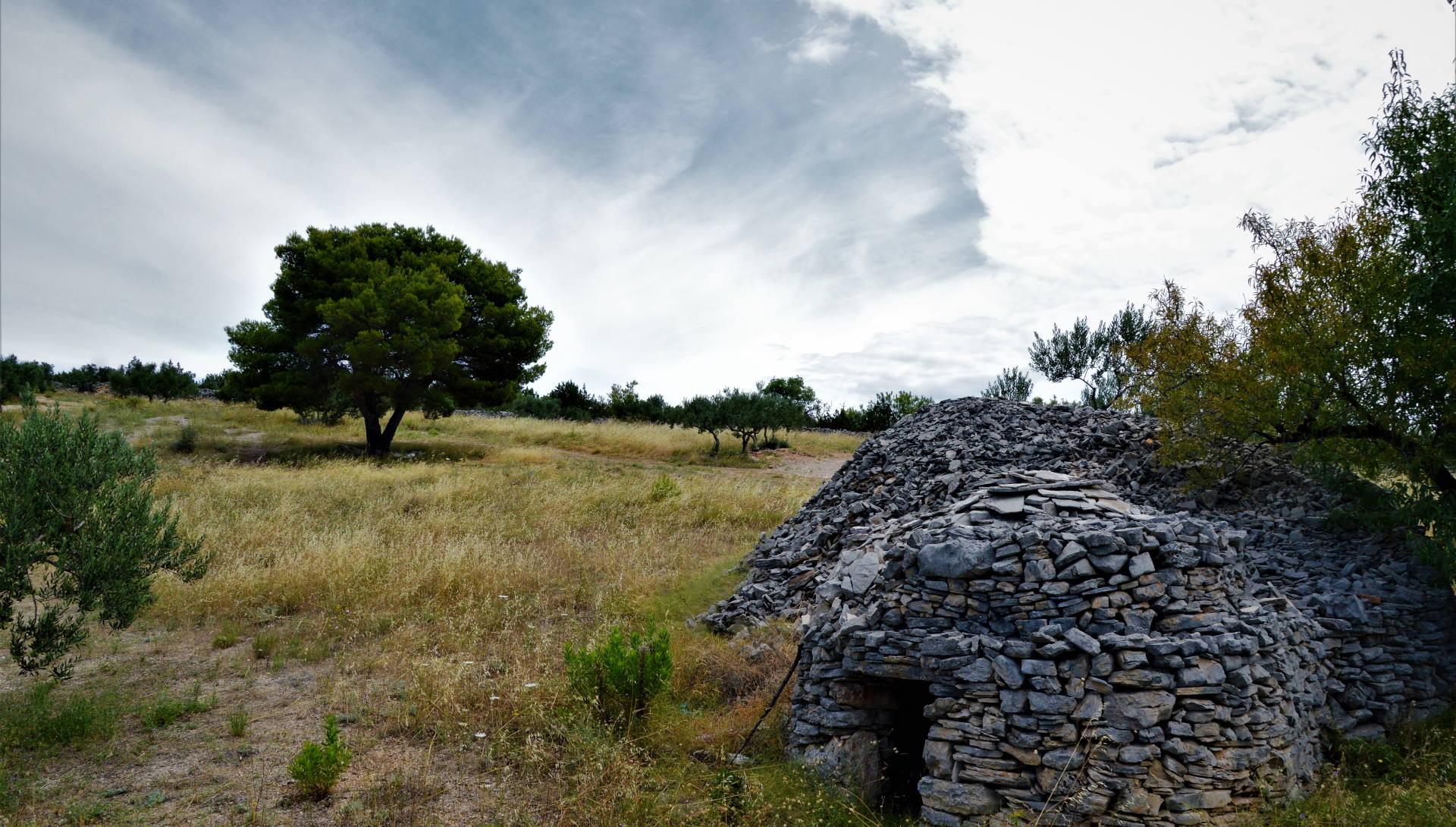 GUSTIRNA is a system used to direct rain water, through a drainage basin into a water collection tank.
PJOVER is the surface laid above gustirna which catches rainwater and lets it flow into gustirna.

In the Milna area there are two pjovers and one cattle watering trough with a small gustirna. They were built in 1928, using donations from Milna’s emigrant communities.

Dry stone walls were built by the technique of dry stacking pieces of stone, either collected or removed from the ground to clear soil for planting. Dry stone walls have a special protection status as defined by UNESCO law.

Stone field huts called Bunje are typical for Brač and were built as shelter for farmers. Bunje were built in the second half of 19th and the beginning of 20th century, using the dry stone building technique.