Milna is nautic center of Brac

With its bay, which is protected from almost all winds by the well-equipped marinas with more than 300 berths, Milna is the nautical centre of Brač. Milna’s microclimate is very favourable and there are almost 70% of sunny days per year. There are no industrial plants, and the cleanliness, transparency and blue colour of the sea in the Milna bays are some of the most distinguished advantages when it comes to tourism and have no match in the world today. Its three well-equipped marinas are the following:

Online payment of the nautical tourist tax via portal www.nautika.evisitor.hr 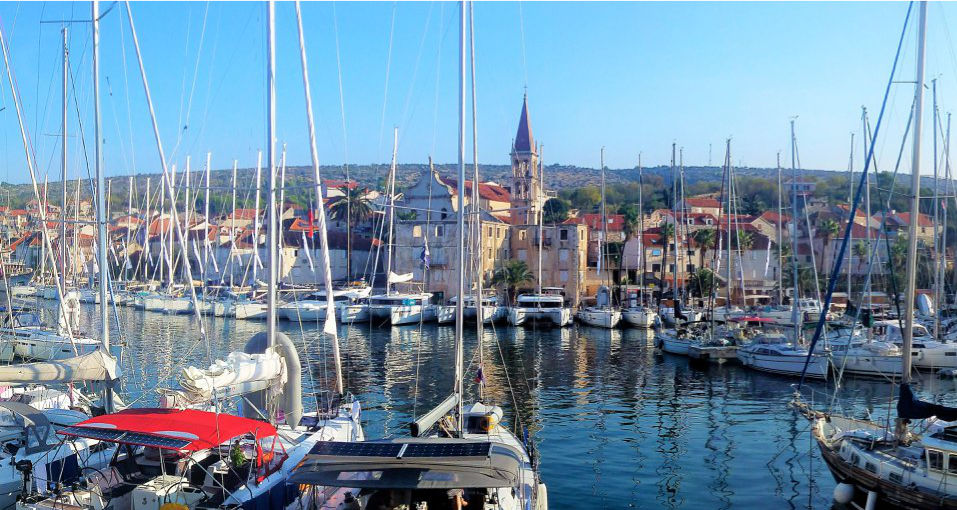 ACI Marina Milna, located west of the Milna bay, at the very centre of the town, with 183 berths and 15 dry berths. It is open all year round. The marina is well equipped with the following:

Milna developed into a settlement at the beginning of the 16th century, after which it became the most important port on Brač and held this role for two long centuries. ACI Marina Milna is located where charming town streets meet the sea and has 183 berths in the sea and 15 places to accommodate vessels on land.

This area now features a modern marina that provides safe stay and service for boaters from all over the world. The crystal clear sea, homemade healthy food, ideal conditions for diving, sailing and fishing are just some of the reasons to come to this beautiful Mediterranean place.

Marina Kanarija, with 45 berths, is located on the west side of the Milna bay. The marina offers a view of the city centre and the nearby pine forest provides a natural shade until the afternoon. With the scent of the pine forest, clear sea and the sound of crickets, this location is perfect for resting and relaxing.

The marina is open all year round and offers a restaurant, a café, a bakery, a shop, a boat repair service, interventions at sea, a nautical equipment shop, and self-service laundry.

Milna Invest – Marina Vlaška, with its 71 berths, is located in the northern part of the bay, only 500 metres behind the red lighthouse, and around 15 minutes of walking from the town centre. The bay is calm and quiet, surrounded by a pine forest and protected from the wind. A beautiful beach is very close to the marina and is a perfect place for relaxing, sunbathing and enjoying the crystal clear sea. Apart from being open all year round, the marina has its own reception, scooter rental and rent-a-car service.