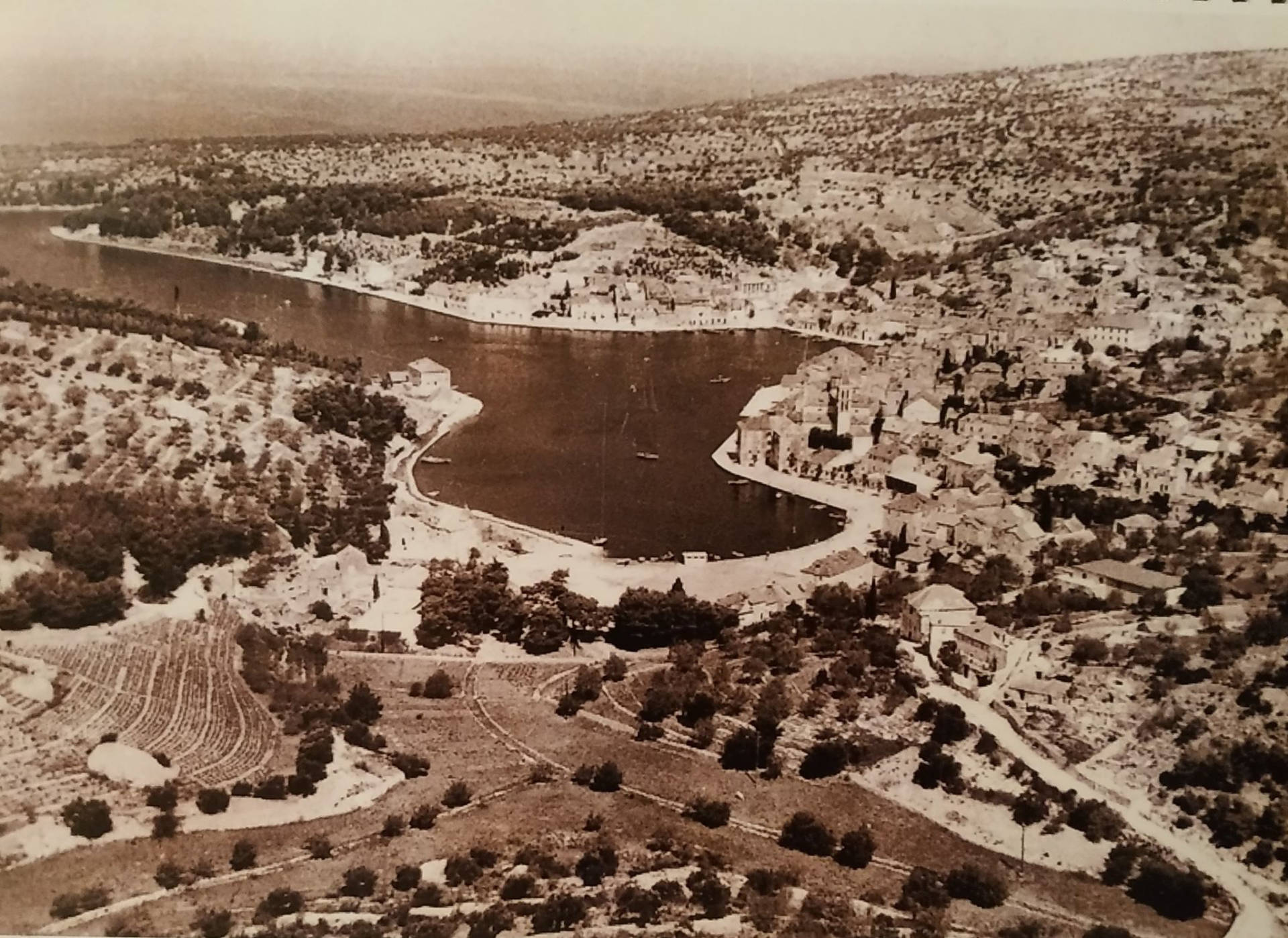 A trip through history…

Describing his voyage in 1556 in “Fishing and Fishermen’s Talk”, Petar Hektorovic mentioned that, while sailing, he reached the position where Brač almost merged with Šolta, so he sent one of his fellow fishermen ashore to get something to eat. Here, in what is today Milna Bay, the fisherman must have found only shepherds and a group of shepherds’ houses near the Studenac spring. At the time, in the mid-16th century, Milna did not exist as a settlement, so it is speculated that they landed in Salbunar and not Milna with their boat. However, according to an unexplored site that stretches to the Studenac well in Pantera Bay, it can be concluded that this area was inhabited in Antiquity and early Christian period.

By all accounts, this was the first source of water in Milna, dating back to Illyrian and Roman times. Once, the sea stretched all the way to Studenac itself. It was a long cove, protected from enemies and all storms. The well of Studenac is now filled, and there is still water in it today. Interestingly, next to the bucal there are also three stones that were used to water cattle, which are actually fragments of early Christian sarcophagi. An Old Christian cross is carved into one of them. If you are looking to explore the roots of Milna, then the first place you need to look for them is around the area of Studenac. Studenac itself, as well as the great number of pottery and sarcophagus fragments found in this area, testify to this fact. 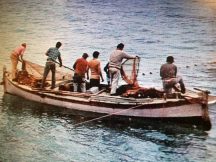 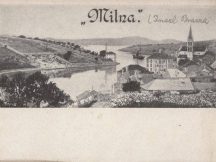 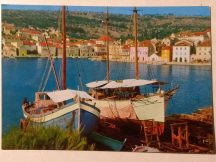 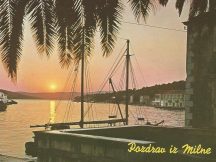 The origins of Milna as a settlement date back to the turn of the 17th century, when it was developed by settlers from Nerežišće around the fortified citadel built by the Cerinić (Cerineo) family in order to defend their property, which is an area that the people call Angliština, and around the church of St Mary – today the sacristy of the parish church. During this period, many noble families had private chapels or churches in their homes or outside their homes for their spiritual needs. Most had family chaplains or priests, who performed services for their families in them.

Milna is one of the most recently founded settlements by the sea, and settlement of it began around 1528. People avoided settling near the sea because they had heard that pirates attacked ships on the sea and places along the coast. However, after some time, when Diocletian’s Palace in Split had already been built, ships began travelling and trading in this area, and as Split did not have a port to protect itself from bad weather, ships would take shelter in Milnarska Vala bay, which had no name at that time. Later, it became known that the ships that could be found in the bay were not pirate ships, but the ships of merchants who took shelter from bad weather along the way. Many years had to pass from this discovery until the people became convinced that it was true.

After that, settlement of the coastal area around Milna began, but not right by the sea, rather a little further away so that they could have a clear view of the port itself. Then they began to clear the fields for sowing vegetables, wheat, broad beans and other legumes, since it was not easy to get food, and grapevine and olives also started to be planted along the way. They started building houses that were located near the sea, yet still at a certain distance from the coast itself. Only later, when they convinced themselves that the coast was clear and that nobody was attacking the settlement, did they begin to settle there and clear the land. When the land was found to be suitable for planting vines, sailboats also began to arrive. Since there was no church or priest, the registry office for baptisms, first communions and marriages was kept in the neighbouring village of Nerežišće. As, with time, it became too much of an effort to make this kind of trip to attend mass on Sundays and holidays, all the people of Milna and Bobovišća united to build what is today the Church of St Martin, and a priest from Nerežišće would come there on Sunday to hold mass. 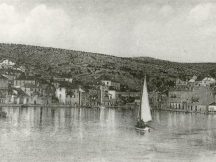 At the turn of the 19th century, Milna built a municipal office, a port office, a school, a church with a bell tower, a parish office, and a port with a lighthouse at the entrance to the bay. The waterfront was paved, stairs were built, streets were cobbled … Stone benches were set up on sheltered streets, while public lighting was installed in the port. The port was embanked and regulated, and impressive two-storey buildings that offered a higher standard of living were built there, together with cafes, taverns and other places for socialising.

As a witness to times past, impressive residential buildings that were once owned by noble families or, as was more frequently the case, commoners, still stand in Milna today. However, even those residential buildings of a more modest appearance, especially those located at the seafront, still exude the quaint charm of the lifestyle of the fishermen and craftsmen of old.

The people of Milna have every reason to be proud of their past, their beautiful natural environment, hardworking people and material resources, and the monuments that our ancestors built and left behind with great sacrifices are a particular point of pride. When walking along the coast and the streets of Milna, the efforts of these hardworking people are readily apparent at every turn. However, if we were to take a walk through the vast area surrounding Milna neighborhood, we would come across numerous stone piles as a testament to a bygone era.

Shipbuilding as a prerequisite for fishing was particularly developed in Milna, where there was a shipyard for building various types of ships that differed in capacity and number of masts (Bracera, Trabakul, Loger, Škuna, Brik, Stela, Kuter, Leut, Laja svičarice, Guc, Kajići , Gondola). When discussing seafaring in Milna, it is important to mention the period from the 17th to the 19th century, when Milna was the most developed and busiest port on Brač. Many inhabitants of Milna were shipowners, captains, sailors, shipbuilders and, on top of it all, fishermen. It is also important to mention that there were two shipyards in Milna in the 18th century. One small shipyard was located in Vlaška Bay, where today a winch for pulling ships can still be seen on the west side. The owners of this small shipyard were the Bonačić-Dorić brothers who, at the turn of the century, moved to the port of Milna itself, more precisely the Brdo area. The second is that of the Bonačić-Protti family, which began operating in 1750 in the area of Pantera. The construction of large ships was particularly intense in the mid-19th century, and shortly afterwards shipbuilding in Milna virtually disappeared.