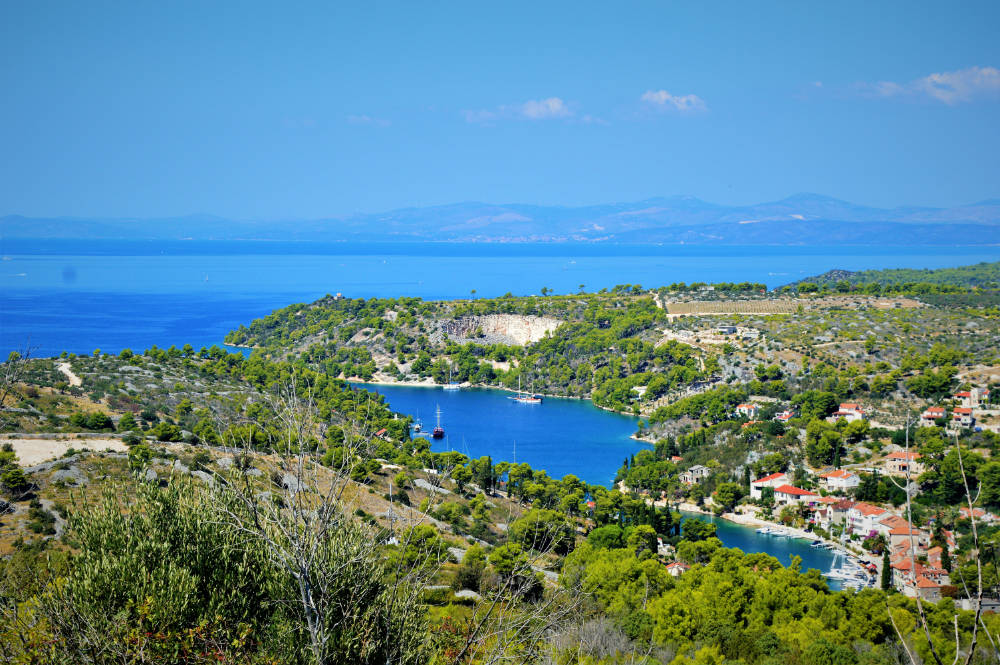 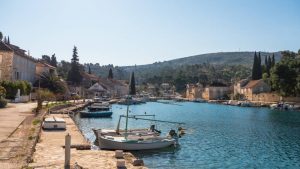 Bobovišća na moru is a small village which was founded as a port for the nearby villages of Ložišća and Bobovišća, which are located some 2 km away in the hinterland. The history of Bobovišća na moru can be traced back to the era of the Illyrians and Greeks. The village is located at the lower end of a beautiful bay on the western side of the island of Brač, which branches into several smaller bays which provide an ideal shelter from bad weather for all boats. The largest of these bays is Vičja luka (Vještičja luka, the Witch’s Port) which gave rise to many superstitions and legends. It is believed to be the place where witches dance and gather at night, and also that it is connected by secret underground canals to the notorious Vičja jama (Vještičja jama, Witch’s Pit) on Vidova gora. The most famous legend is the one involving a pair of oxen who fell into Vičja jama and their yoke appeared in Vičja luka. This autochthonous village attracts an increasing number of tourists who spend their summers in Bobovišća na moru.

This is a place of rich history and numerous archaeological findings. The most significant findings stemming from the 5th and 9th century BC were discovered in the graves above Vičja luka which include money, bronze helmets, leg protectors and other pieces of military equipment made in Corinthian workshops, to name a few. Also, a large number of Greek-type ceramic vessels imported from colonies in southern Italy, vessels of Illyrian pottery of simpler craftsmanship, a variety of jewellery made of bronze and glass paste, pendants, hairpins, fibulae and necklaces were also found . The depiction of a goat on a glass gema, one of the symbols of the island of Brač, was assumed as a symbol of the Brač Anthology. The remnants of the large grain grills at the bottom of Vičja luka as well as other items discovered in the sea and on land are a testament to the role of Bobovišća na moru as an ancient port. 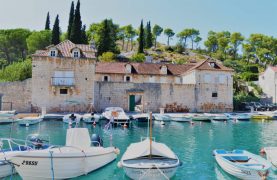 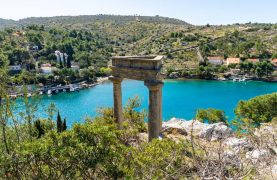 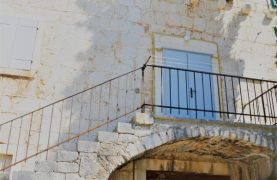 Direct communication routes established with the prehistoric fort Rat above Ložišća testifies to the continuity of life in this area. The castle of the Gligo family (formerly Marinčević) which was used for storing grains, oil, wine and other commodities which were traded with on the Adriatic dominates the Bobovišća bay. The sailing boats would sail all the way to the castle which has the same stone rings for mooring and tending ships even today. The walls have openings for guns and cannons and, later on, the castle was turned into a summer house. Based on the late Renaissance and Baroque architectural features, it is assumed that the castle was built in the 17th century.

Bobovišća na moru is known as the poet’s port as it hosts the house of the Nazor family and its most famous member, the eminent Croatian writer Vladimir Nazor, who wrote some of his most beautiful works here: Voda, David i Golijat, Prsten, Moj otac and Pastir Loda. Vladimir Nazor built his symbolic fort and a monument to his sisters called Tri sestrice (Three sisters) above the village.

Today, the family house of Vladimir Nazor keeps a small memorial collection with his manuscripts, personal possessions and photographs, while a statue of the poet, the work of the academy-trained sculptor Mirko Ostoja, has been erected at the lower end of the bay. Bobovišća na moru is the only village on the island of Brač without a church. 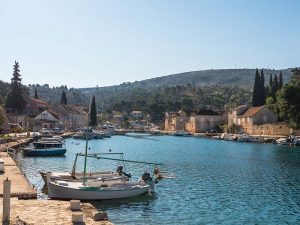